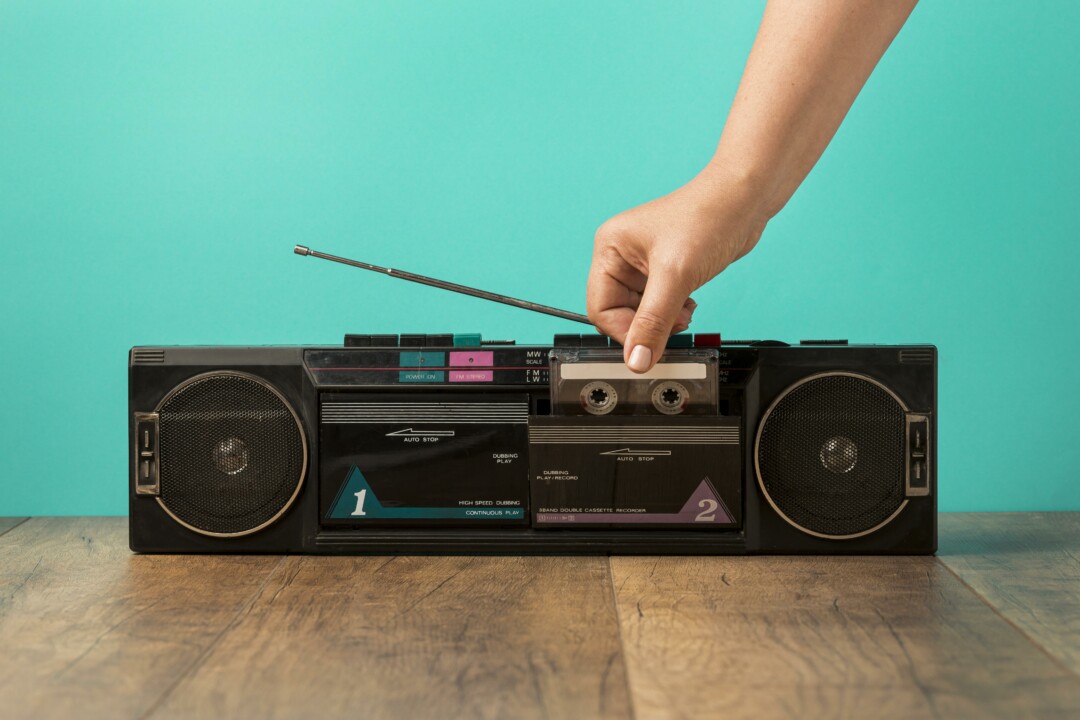 Thousands of Internet users around the world have discovered a new method to concentrate and enjoy moments of stillness and calm: play any playlist with Lofi hip-hop. They are playlists with hundreds of songs and looping animations. I am talking about lofi (from English low fidelity), a music genre, usually phrased as “Lofi hip-hop”, yet not confined only to this style and genre.

Lofi hip hop, a very slow tempo music type between 80 and 90 bpm maximum, is a musical style that arose from mixing hip hop and jazz, as well as other genres. Its objective was not so much commercial but aesthetic. Lowering the sound quality in recording for various purposes: partly as an act of artistic rebellion, partly to democratize music production.

Lofi hip hop music is a unique genre that uses lofi sounds, taking inspiration from old-school hip-hop and boom-bap music. In lofi music, you typically hear many effects, such as vinyl crackle, tape machine noise, sounds typical of video games, or any other music from our childhood.

This causes an intentional bad quality to be recreated that reminds us of ancient sounds, those of our childhood or youth that transport us to specific moments. The grace of this genre is that the sounds sound old as if they were badly recorded but in reality, it is an effect of equalizing the sounds and the entire production process that gives that old touch. As YouTuber Jaime Altozano tells in one of his videos, lofi music is linked to nostalgia, hip-hop, and its calm rhythms.

Where Does Lofi Hip Hop Music Come From?

The first glimpses of this style in hip hop, which would soon evolve into a sub-genre of its own, dating back to the mid-’80s with the likes of A Tribe Called Quest, Gang Starr, Pete Rock, among others, who used to take samples of jazz, soul, blues, movies, ambient sound, etc., and then put a boom-bap on them and voilà, the beat was already there for rapping, although at that time it was not recognized as lofi and it was something more taken as jazz hip-hop, chill hip-hop, etc.

In the nineties, some artists, not having enough resources to produce their music, began to use samples from other artists, especially jazz musicians. Also at this time, as sound technology was not so developed and was not easily accessible, all those who recorded at home obtained impure, low-fidelity recordings as a result.

Very soon this low fidelity sound began to be desired and produced intentionally by different artists, among them are two DJs, who are considered the parents of this genre, the first of them of American nationality: J Dilla, who was characterized for having “humanized the drum machines”, and the second of Japanese origin called Seba Jun, better known by his stage name Nujabes who mixed atmospheric sounds with jazz and hip-hop rhythms.

As for the term “lofi music”, it is believed to have originated from a WFMU DJ named William Berger, who ran a weekly show under the name “Low-Fi”. On this show, Berger played low-fidelity music recordings from low-end recording equipment in home studios.

Why Lofi Is Popular?

There are different reasons for the great boom in popularity that the Lofi has had in recent years. The first reason is because of the recent fame that Japanese anime acquired, so the Lofi, by using visual themes from Japanese cartoons, soon gained popularity.

However, the main reason is that it is fundamentally nostalgic and that much of its popularity is due precisely to the fact that it evokes memories and feelings of youth with the sounds and rhythms that you used to listen to, or you can think and remember a moment of your life with these melodies.

As the lyrics of these songs are almost non-existent, it also opens the door to speculation. To give different explanations for the same song, several listeners of the same song can give different meanings to a song. The songs do not focus on specific events but specific feelings. This helps drive empathy among the audience.

Relying on the element of low production, this genre is made accessible to almost everyone on the Internet. Anyone with a basic knowledge of music production can make their Lofi track and can publish it on mainstream music platforms though the easiest to publish to are YouTube or Soundcloud.

Lofi: The Genre that helps you Relax and Stay Focused

Music affects your attitude. Exciting voices, melodies, beats, and music elements help you get into the mood you want. Lofi has the effect of helping with concentration and relaxation. The Lofi, as I already mentioned, consists of simple beats that relax the body and brain. It helps you clear your mind and move on.

The frontal lobe of the brain is in charge of most of our brain activity, it helps us to develop as humans. Through Lofi hip-hop music, we help our brain to focus attention. The brain chooses different sounds and eliminates different external provocations, increasing the level of mental productivity. So, if you would like to listen to music that you can relax and focus on, Lofi music is for you.

Lofi: The Genre With Study Beats

As the testing time approaches, one of the most sought-after words among students is Lofi hip hop. It is made up of a combination of sound distortion, background noise, and a low frequency. They usually have a repetitive beat. This type of production helps stimulate the brain, which can help a student study for a test or project. Although the low frequency relaxes your nerves, yet the background effects of noise and distortion don’t make you fall asleep: this helps you to be more focused and alert.

It is worth mentioning that the majority of listeners of this genre are high school and university students. Most of them listen to this music when they are doing their homework, studying, or trying to concentrate on other tasks and for relaxation. Also, this music is used as an aid to falling asleep.

Apart from the low quality of production, this genre has other very peculiar characteristics. The moderately slow beat, giving a space of tranquility and a simple, repetitive, or null letter. Many authors often use recorded phrases from movies and insert them into their themes. This is another key element, and it is that this genre is played openly with the feeling of nostalgia.

Lofi and the Feelings

In addition to helping those who want to finish their homework or any activity to focus on, this genre is also often heard among those who suffer from problems of stress and mental fatigue and are looking for a moment of peace. Lofi is a musical style that helps to convey in a very pure way the feelings of its authors.

Since its origin and steady transition to being identified as art, lofi has undergone many stages. At times, we see lofi artists struggling to save budgets while producing masterpieces with limited resources. Lofi playlists are diverse and cover all the continents satisfying millions, due to the adaptability with the emotions and atmosphere.

It deals with the moods and soothes the strenuous routine with its rhythmic and nostalgic impression. Truly, it’s an art with outdated technology still inspiring many…